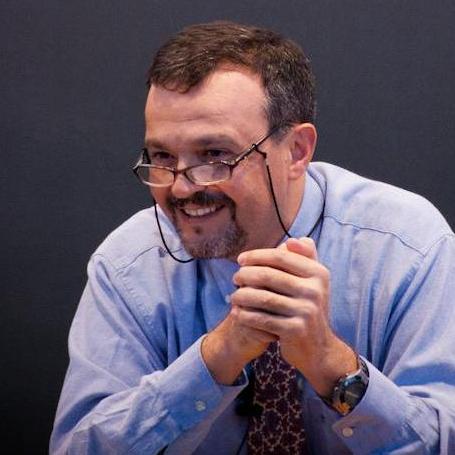 Alejandro Bia is now deputy director of the Department of Statistics, Mathematics and Computer Science and a researcher at the Operations Research Center (CIO), both at the Miguel Hernández University (UMH) en Elche, Spain.

Apart from UMH, he has also lectured for the Cultural Heritage Digitization Course at FUNED (2013-present), the Master in Digital Humanities (2005-2011), and the Master in Web Technology (2005-2007), at the University of Castilla La Mancha, among others. He is a frequent instructor of XML-TEI workshops and seminars in, Czech Republic, Germany, India, Italy, Mexico, Spain, Switzerland, United Kingdom and Uruguay.

He has participated in several publicly funded projects: TRACE: software tools for contrastive text analysis in parallel bilingual corpus (2013-2016), DHW, the Digital Humanities Workbench project (principal investigator, 2012-2013), the Atenea project (University of Málaga, 2009-2012), the Bibliotheca Europa project (University of Alicante, 2006-2008), Digital Library of the National Library of Spain (as consultant, 2005) and the in the METAe: Metadata Engine project (EU funded, 2000-2003). From 1999 to 2004, he has been Head of Research and Development of the Miguel de Cervantes Digital Library at the University of Alicante, the biggest digital library of Spanish literary works and one of the first projects to use TEI in XML format.