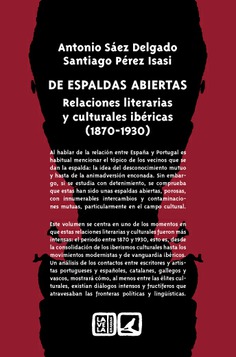 This volume focuses on the historical moment in which Iberian literary and cultural relations were most intense: the period between 1870 and 1930, the generation of Antero de Quental, ‘Clarín,’ Eça de Queirós and Emilia Pardo Bazán, all the way until the Iberian modernist and avant-garde movements. An analysis of the contacts between Portuguese and Spanish writers and artists shows how, at least among the cultural elite, the stereotype of these two countries as living with their backs turned on one other is not correct, as there existed fluent and fruitful dialogues across political and linguistic borders.

The methodology applied in this volume is rooted on the most recent developments in the field of Iberian Studies, which is now understood as a subfield of Comparative Literature rather than as an expansion of Hispanic Studies. The Iberian Peninsula, then, is conceived as a complex multilingual and multicultural system, in which diverging literary systems established a fluctuating relationship of mutual interdependence. This network of literary relations and interferences justifies a comparative analysis of Iberian literatures and cultures, such as the one proposed in this text.