Iberianism and Crisis: Spain and Portugal at the Turn of the Twentieth Century 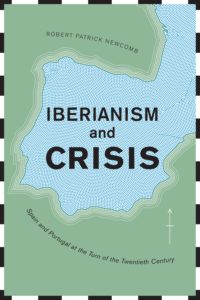 Robert Patrick Newcomb’s Iberianism and Crisis examines how prominent peninsular essay writers and public intellectuals, active around the turn of the twentieth century, looked to Iberianism to address a succession of political, economic, and social crises that shook the Spanish and Portuguese states to their foundations.

Robert Patrick Newcomb’s profile in the IStReS Who is who