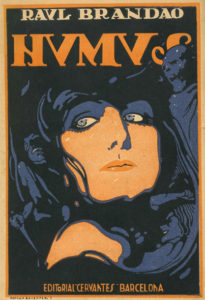 The exhibition, A fronteira de papel – Literatura portuguesa em Espanha no início do século XX, curated by Antonio Sáez Delgado (Universidade de Évora), showcases a selection of books that demonstrate the presence of Portuguese literature in Spain in the early 20th century. Eça de Queirós, Guerra Junqueiro, Eugénio de Castro, Raúl Brandão or Teixeira de Pascoaes are some of the Portuguese writers whose works were translated into Spanish during a period of particularly strong dialogues between both countries.

The exhibition will be open from November 16th, 2017 to January 10th, 2018 at the Casa dos Bicos – Fundação José Saramago, in Lisbon (Portugal).

The curator of this exhibition, Antonio Sáez Delgado, is a scholar who specializes in the literary relations between Spain and Portugal at the beginning of the 20th century. He is also a translator, writer, and literary critic of many important works in the cultural journal Babelia (El País), where he has been reviewing Portuguese books for almost a decade.

Antonio Sáez Delgado’s profile at the IStReS “Who is who”